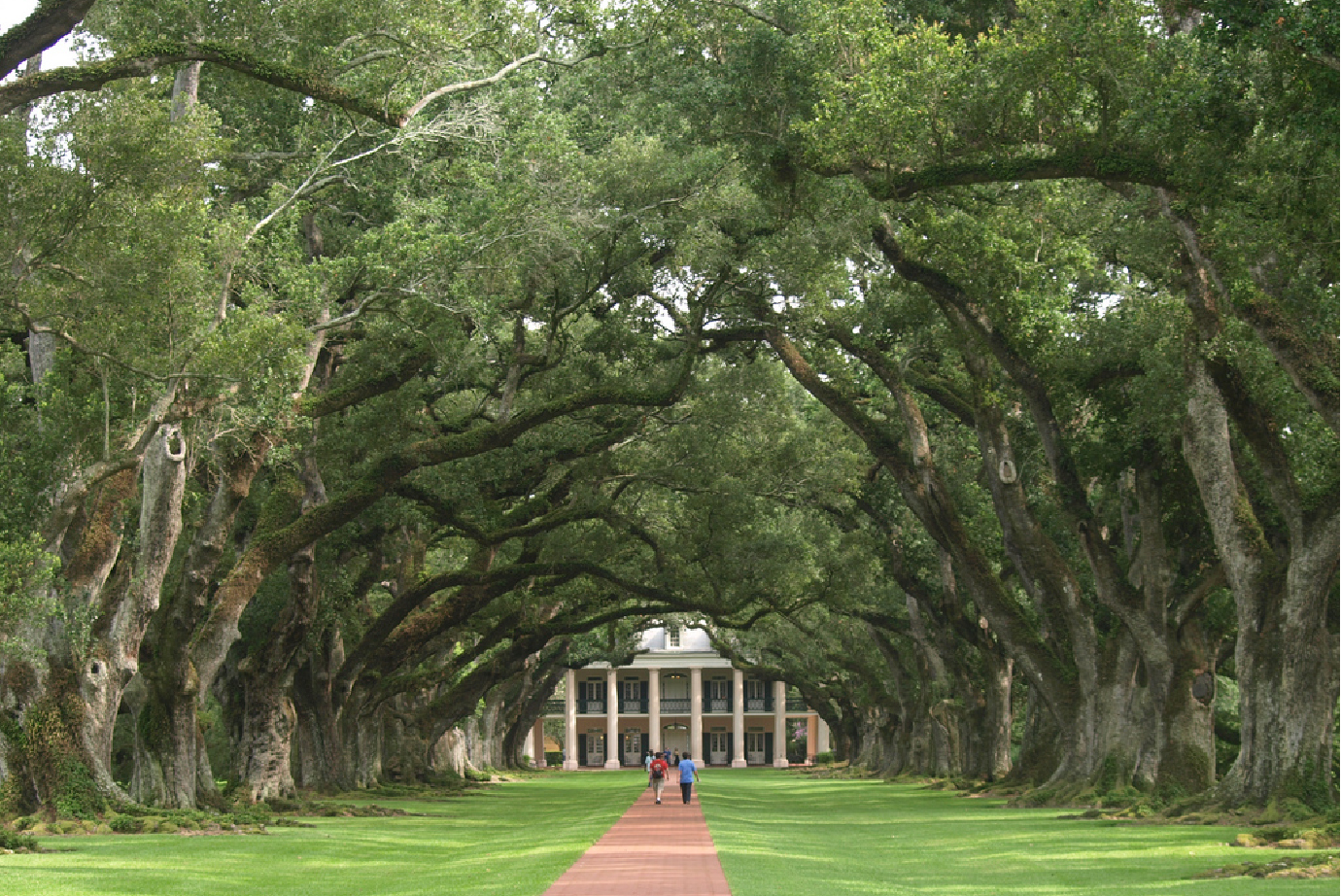 Most Americans like to think of themselves as peaceful, nonaggressive people who resort to armed conflict only when there is no alternative. The historical record suggests otherwise. Between 1776 and 2021, we have been at war for 226 of those years. We have been at peace for only 20 years since the birth of the Republic! Our most popular and beloved presidents have been war chieftains: Washington, Lincoln, Roosevelt, Truman, etc. Presidents who appeared militarily weak have been roundly vilified. Despite this dismal record of pugnacity, a counter-narrative runs through our nation’s history. In this course, we will listen to the many anti-war voices that have reached millions of Americans – if not our leaders – and taught us that there is a better way. In the interest of the economy, we will concentrate our efforts on twentieth-century activists. 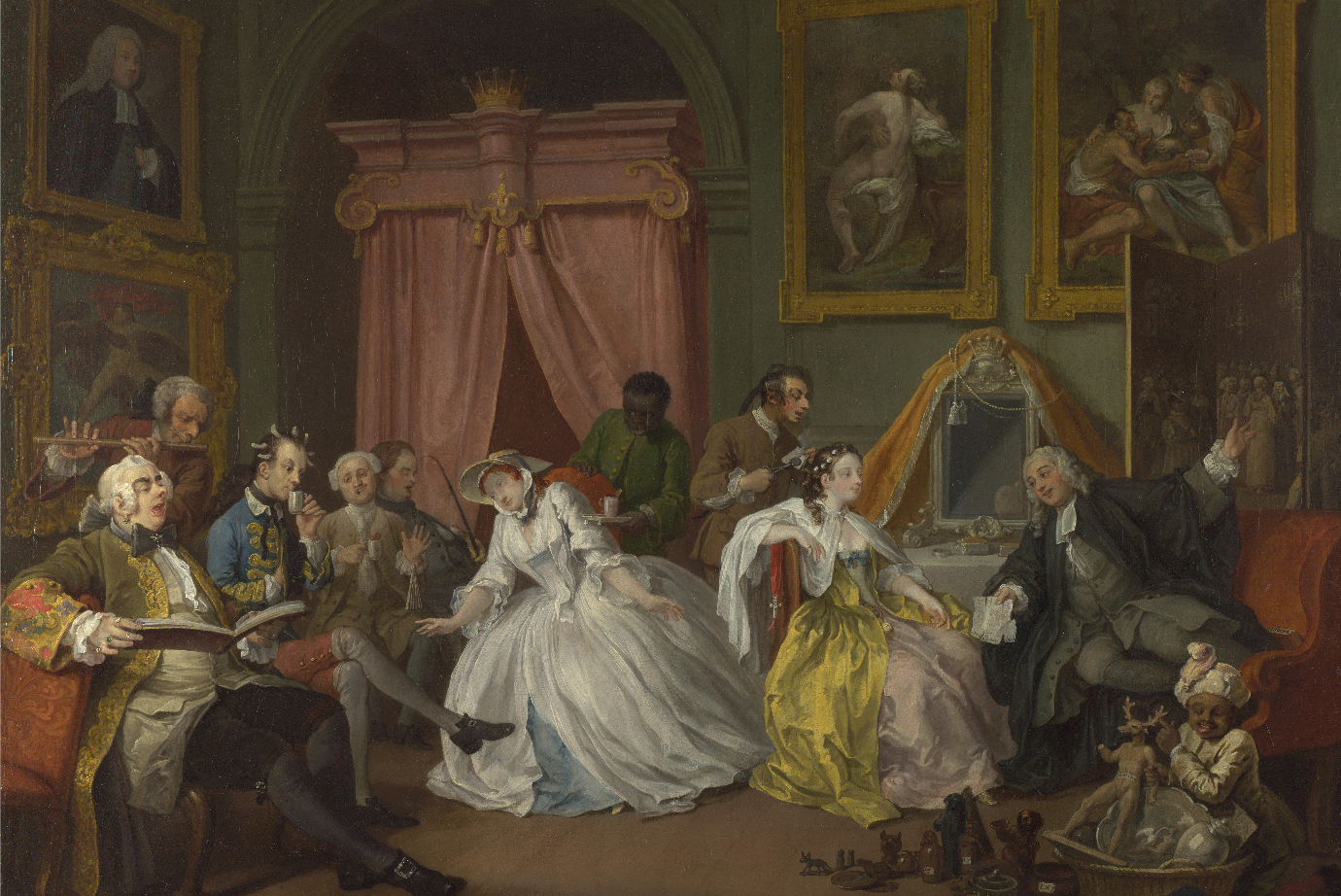 The 18th Century is a period of contradictions. It began in the delicate salons of beautifully clad, influential women and ended with the Terror. It was the period of Enlightenment thinkers who helped shape the ideas that created the constitutions of several modern democracies and also revealed the dark side of human nature, so brilliantly captured in Goya's Black Paintings. We will explore the visual world of France as portrayed by Boucher, Watteau and Fragonard, the satirical work of Hogarth in England and the delightful "Vedute" painting of Venice by Canaletto and Guardi. We will also focus on women's undeniable role in art and the changing political scene. 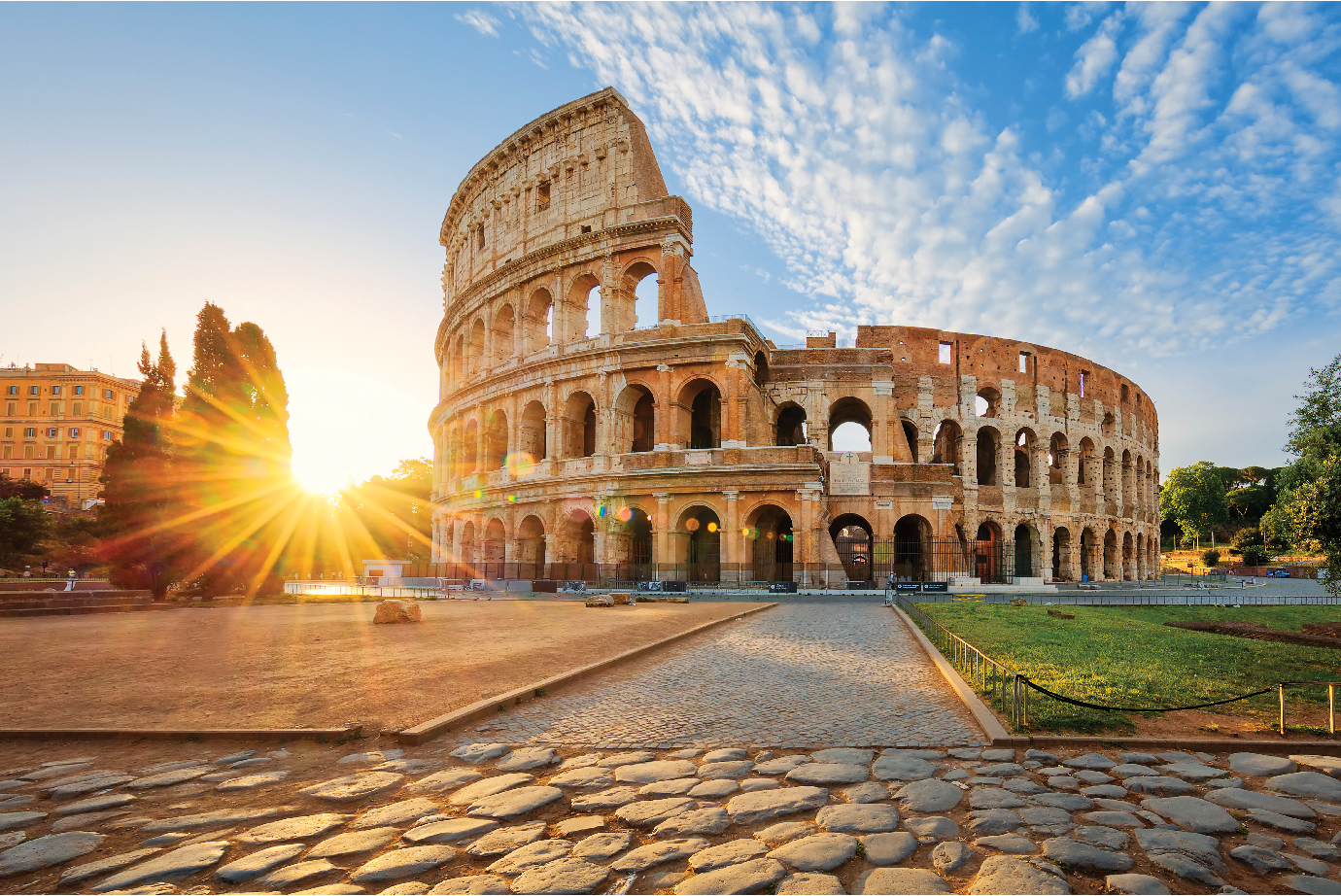 The grand parade of Western Civilization has spent more time on Italian soil than any other country. Yet her history is not a straight line but as ironic and convoluted as a Fellini movie. We’ll tell her story from the Bronze Age to modern tourism, Romans to the Renaissance, and Etruscans to Fascists. Our course stars, in no particular order, Aeneas, Archimedes, Berlusconi, Lucrezia Borgia, Julius Caesar, Caligula, Casanova, Cyclops, Dante, Demeter, Dionysius, the Etruscans, St. Francis, Galileo, Garibaldi, Giotto, Hannibal, Joe Banana, Leonardo da Vinci, the Lombards, Sophia Loren, Santa Lucia, Machiavelli, the Mafia, Matilda of Tuscany, Michelangelo, Montessori, Monteverdi, Mussolini, Nero, Patton, Pythagoras, Pyrrhus, Savonarola, Spartacus, Ulysses, the Vandals (ancient and modern), Verdi, Vivaldi, and a cast of thousands, told through images of Italy’s great art. 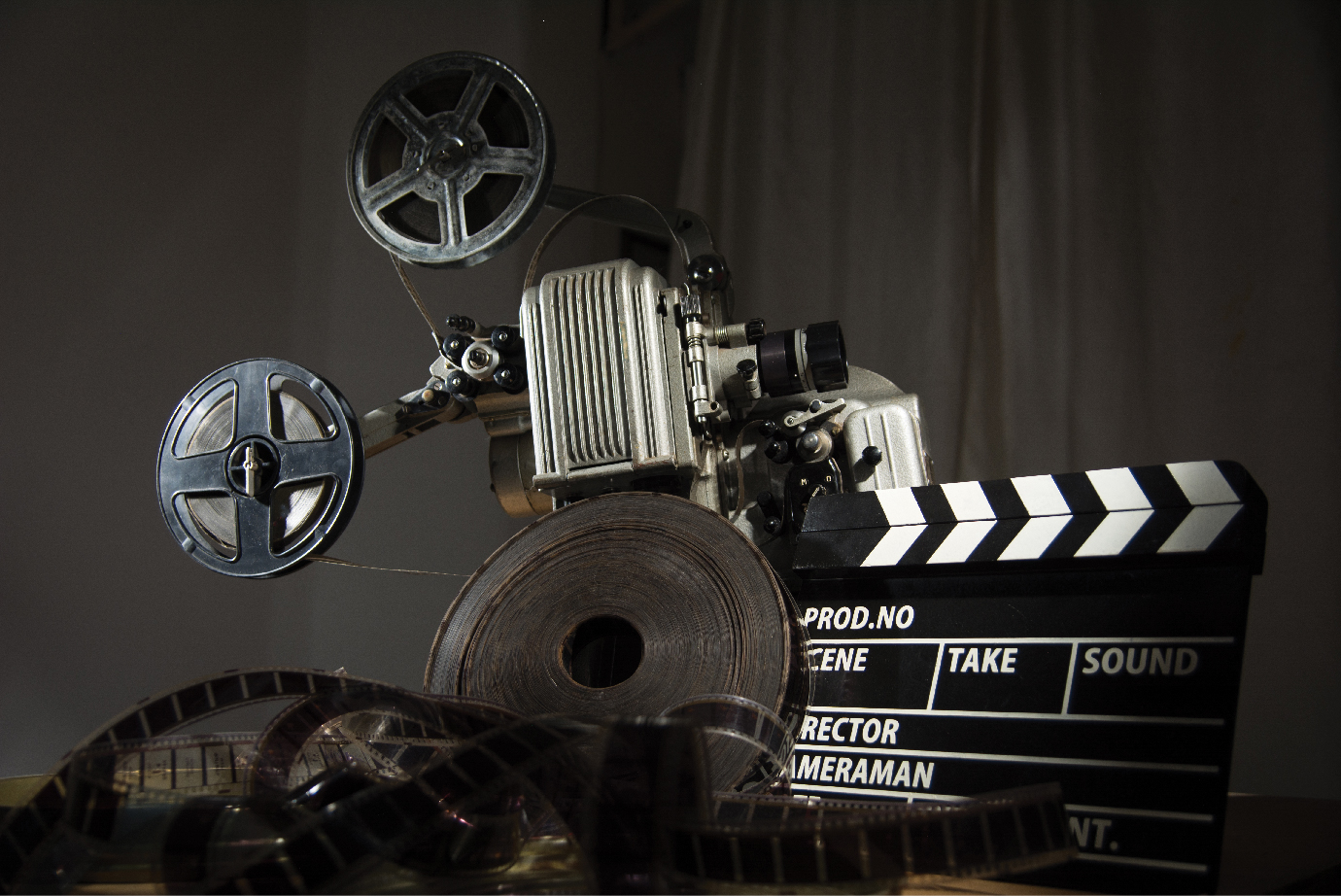 The Huston family has been part of Hollywood history since talking pictures began. Walter Huston, who first appeared onscreen in 1929, had a long and distinguished career as an actor. His son John started writing scripts in 1932 and, by 1941, directed his first film, The Maltese Falcon. John remained active through 1987, making classic films like The Treasure of The Sierra Madre, The Asphalt Jungle, The African Queen, and The Misfits. John’s daughter Anjelica has enjoyed a successful career as an actor, which continues to the present day. In this course, we’ll focus on John’s career and examine the work of his father and daughter: a distinguished family containing three generations of Oscar winners. 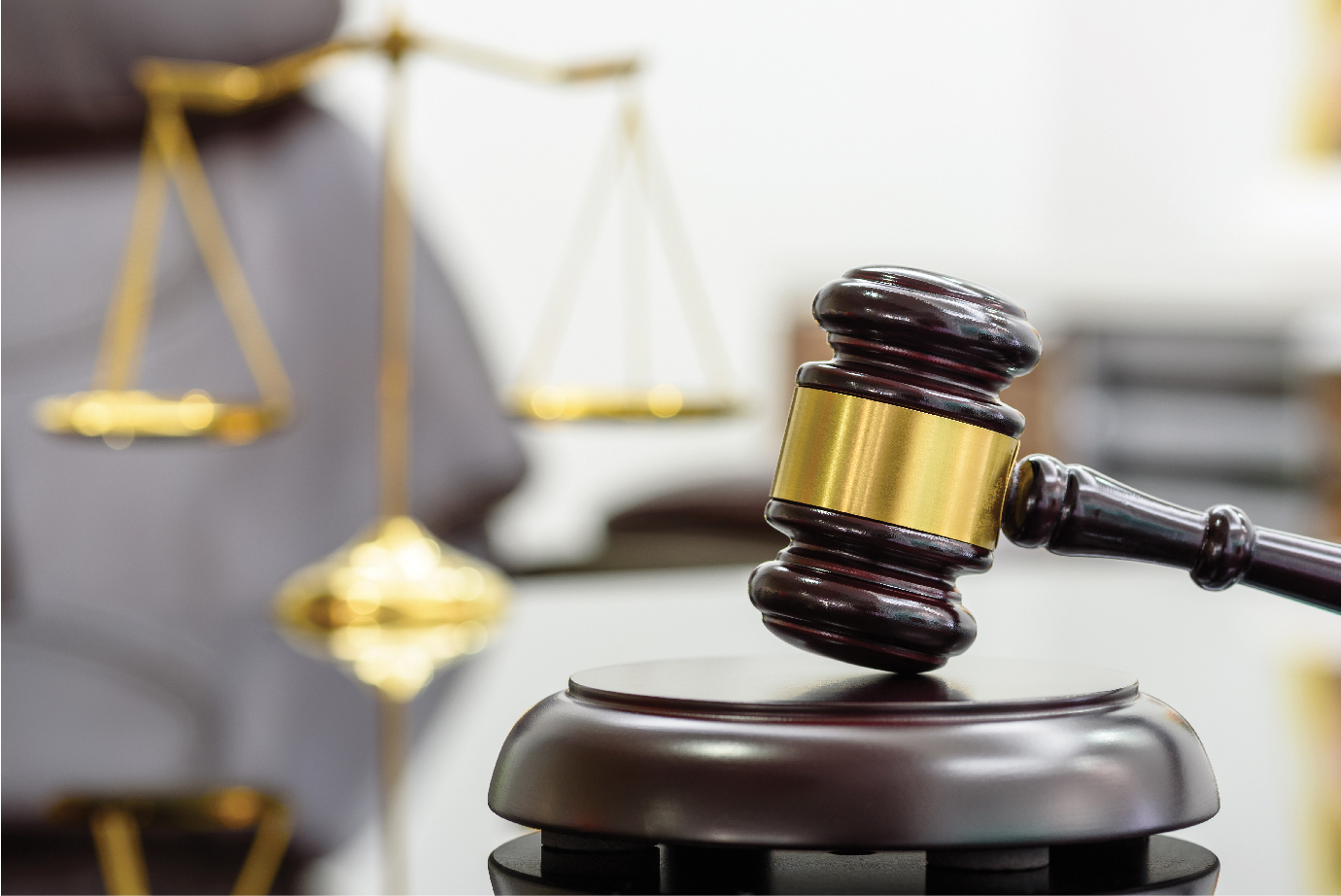 Economics plays a central role in the functioning of every aspect of society. It plays this role primarily through the actions of federal, state, and local governments. Given the centrality of its position, this course will address a set of prominent policy issues at which economics is at the core. We will explore these issues in detail, including their origins as policy matters, the underlying data and evidence, and the policy levers available to deal with them. The focus will be on what the economics profession collectively understands to be true about the issue while not prescribing a specific policy solution. 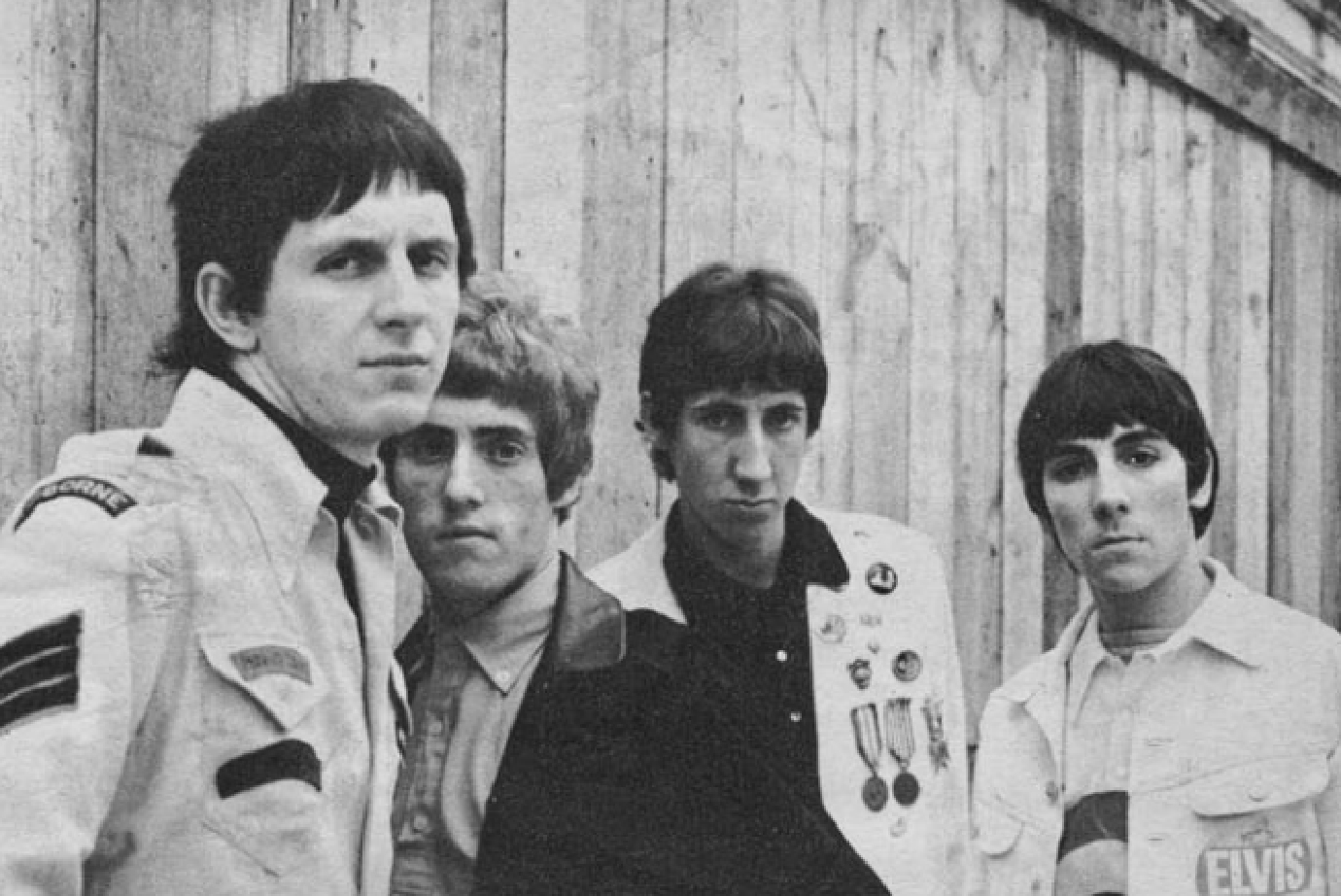 An in-depth overview of the history of The Who, one of the most popular and influential rock groups. Using well-known and rare recordings and video clips, this course will trace their artistic evolution from the dawn of their career in the mid-1960s, emphasizing their peak achievements in the 1960s and 1970s. The development of the styles they pioneered will be explored in detail, from the British mod rock they established themselves with at their outset, through their rock operas Tommy and Quadrophenia. This course will also examine their explosive onstage antics, close identification with the 1960s British mod movement, and innovations as virtuosic instrumentalists and spokespeople for rock as it took a more intellectual and ambitiously conceptual form. 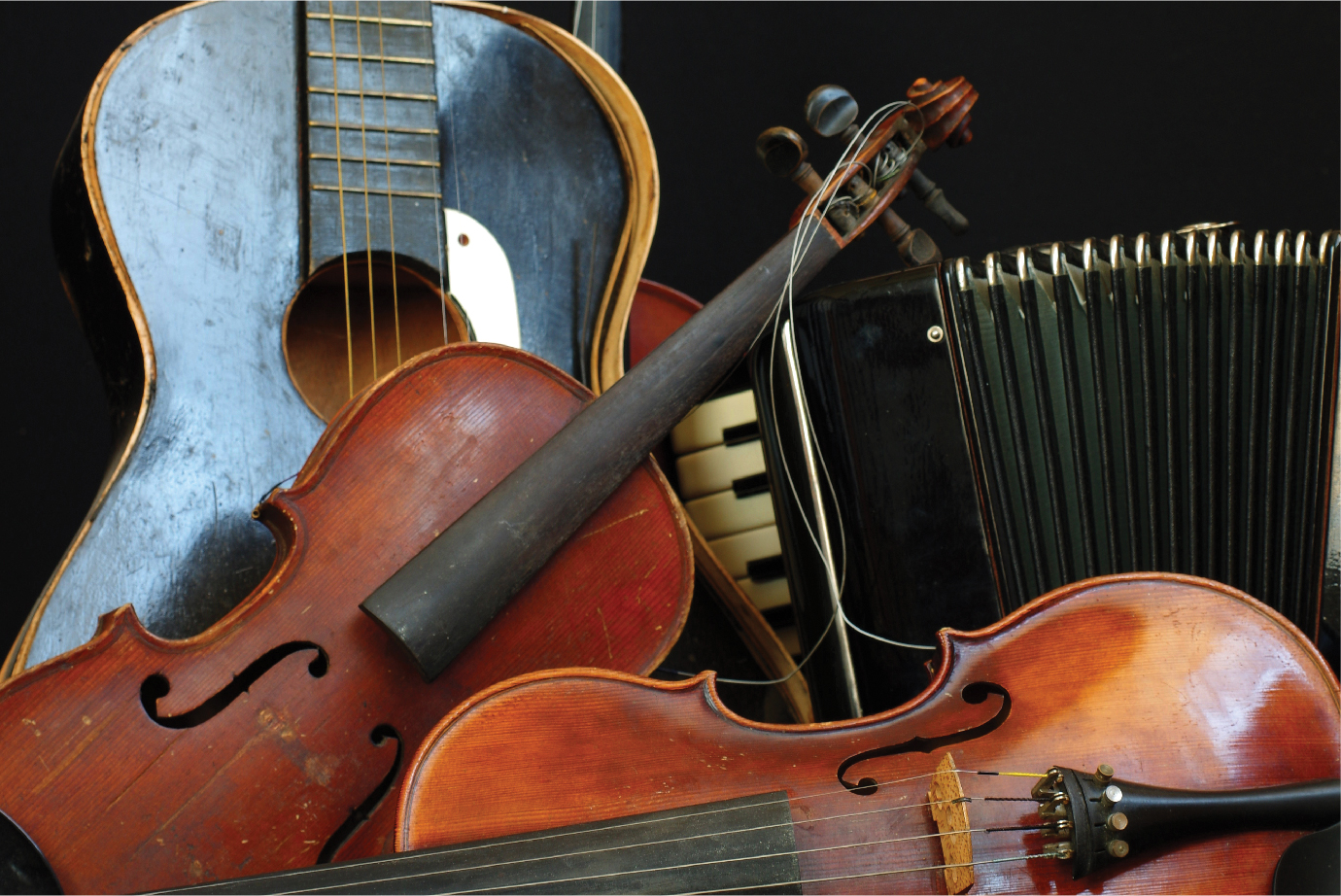 Some of the most prominent folk singers of the 20th century, Woody Guthrie, "Sis" Cunningham, Pete Seeger, Lee Hays, Burl Ives, etc., were also political activists with various associations with the American Communist Party. Consequently, the FBI and other governmental and right-wing organizations were monitoring them, keeping meticulous files running many thousands of pages, making and carrying out plans to purge them from the cultural realm. Using music, video selections, news clippings, and records from extensive Freedom of Information Act filings—including unreleased material—this course will bring to life these artists and the systematic way they were subject to government surveillance and suppression. 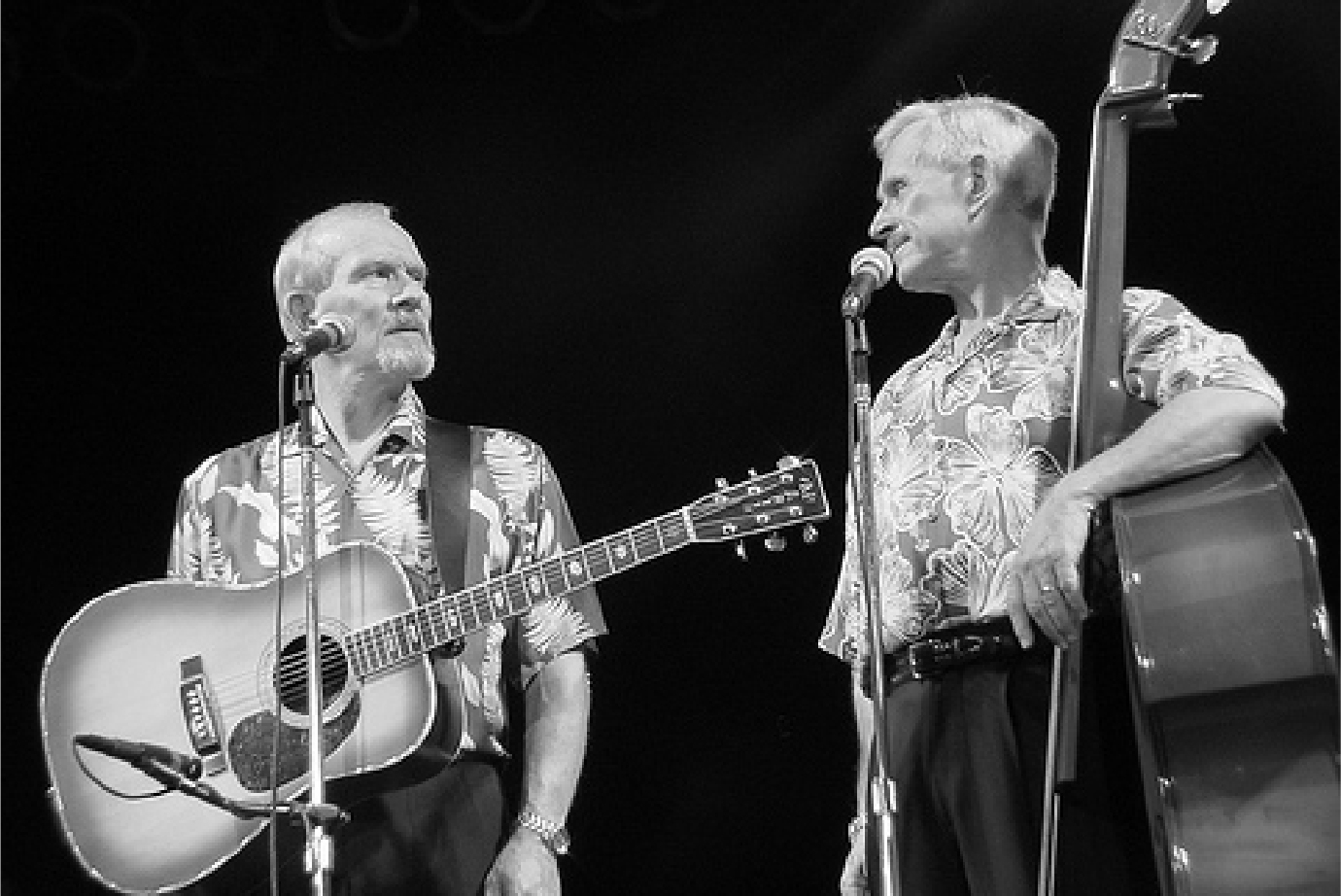 The Smothers Brothers knit together folk singing and comedy and lit up American television airwaves with The Smothers Brothers Comedy Hour from 1967 to 1969. This course covers the duo's background and history, analyzes some of their best routines, and examines the turbulent context of the 1960s in which the comedy was created. 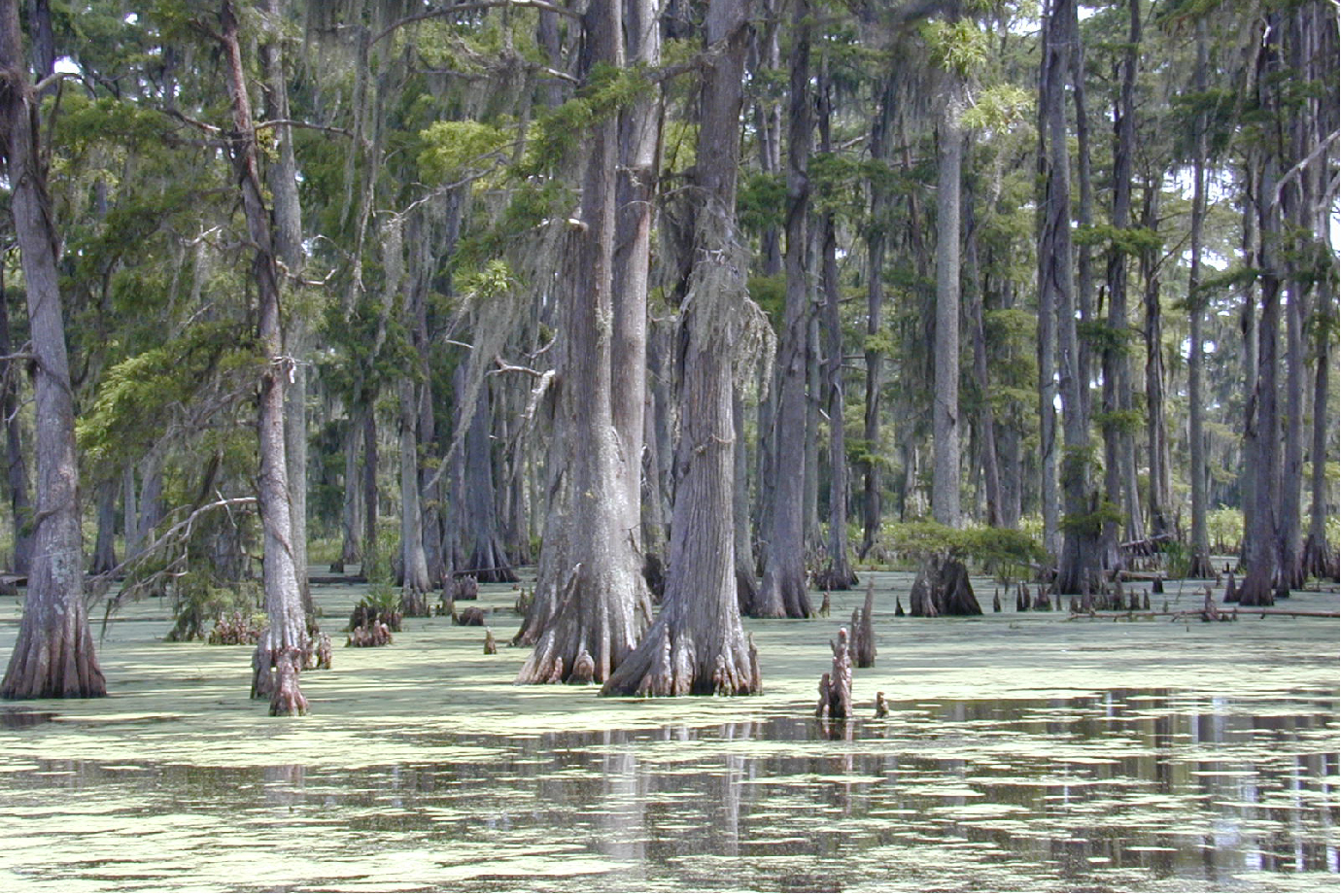 This course will compare how peat bogs and brains store historical information and apply these ideas to personal histories. Week 1 introduces the science of peat bogs as archives of paleoclimatic knowledge (this instructor's dissertation expertise). Week 2 explores some complicated and often controversial memory formation and storage theories. Week 3 combines these ideas to explore the creation of personal histories. This course also includes an optional art project and optional writing prompts. 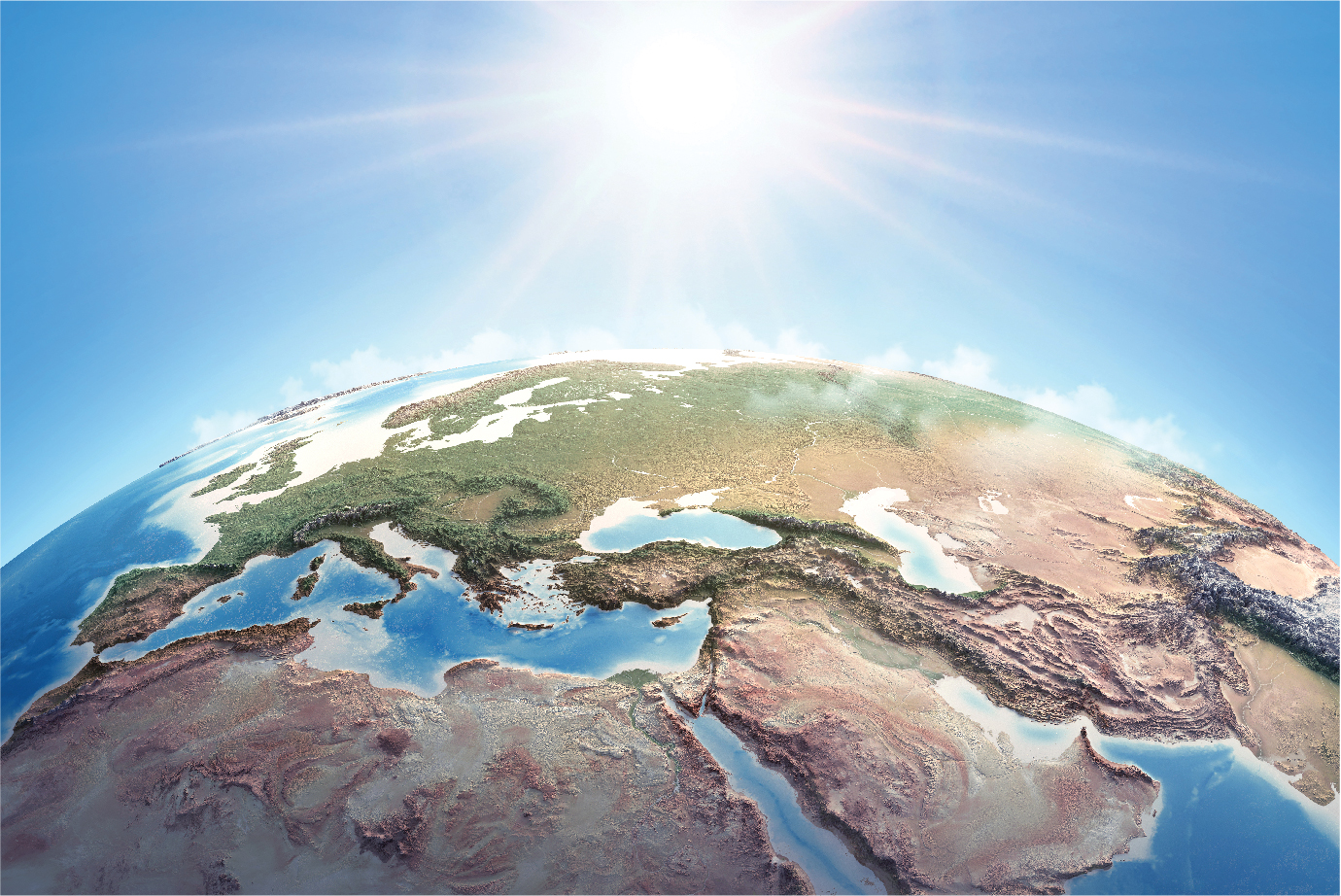 Ice Ages are rare in Earth's history, yet the entire existence of Homo sapiens has occurred within the Quaternary Ice Age, which has lasted for about 2.6 million years. Glacial ice has retreated and expanded on both poles, forming ice sheets that entirely change the land on which they form. This course will explore the evidence of the onset of the ice age, the cyclical nature of glacial and interglacial stages, and predictions of a near future without polar ice. We will examine the most recent interglacial stage and how humans changed the environment during that time. We will then consider the proposed Anthropocene Epoch and how this time designation marks an unprecedented environmental shift in the climate. This course will help us all understand what climate change is, what changes have occurred in recent geologic history, and how humans are a driving force in climate change. 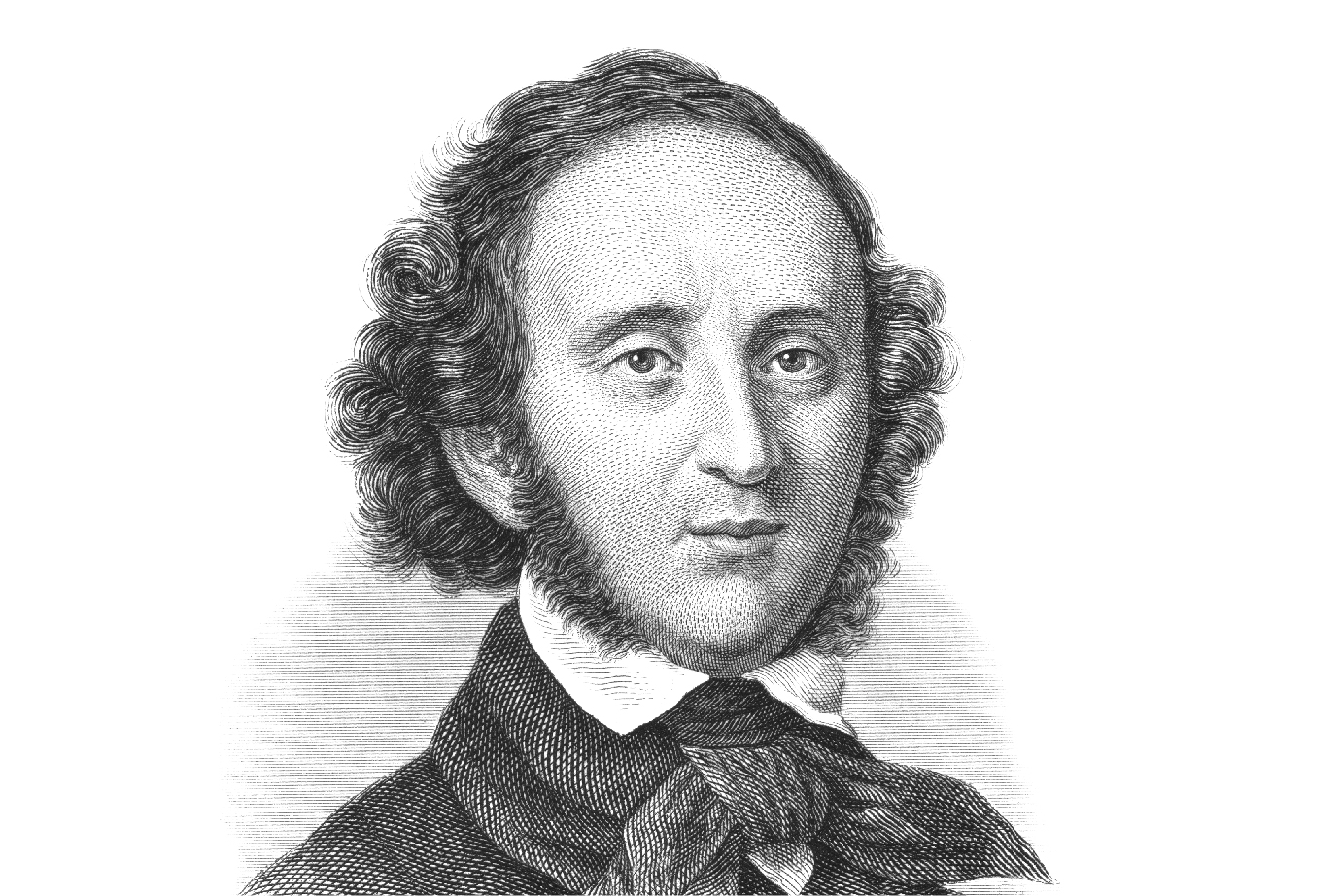 According to the poet Goethe, Felix Mendelssohn was one of the most extraordinary child prodigies who ever lived, putting even Mozart to shame. A brilliant pianist, violinist and singer, he was the finest conductor of his lifetime. From his lack of affectation, you would hardly know Mendelssohn was also an avid watercolor painter, gymnast, long-distance swimmer, and scholar fluent in five languages, whose philosophy tutor was Hegel. We will celebrate this remarkable man and the story of how, at a mere twenty years of age, he almost single-handedly launched the "Bach Revival" responsible for the re-discovery and popularization of Johann Sebastian Bach. We will end with his epic journey as a young man to Scotland, tracing his steps as he traveled from Edinburgh through the desolate highlands to the enchanting Isle of Iona, the voyage that inspired the symphonic overture "Fingal's Cave" and the glorious A-minor "Scottish" Symphony. 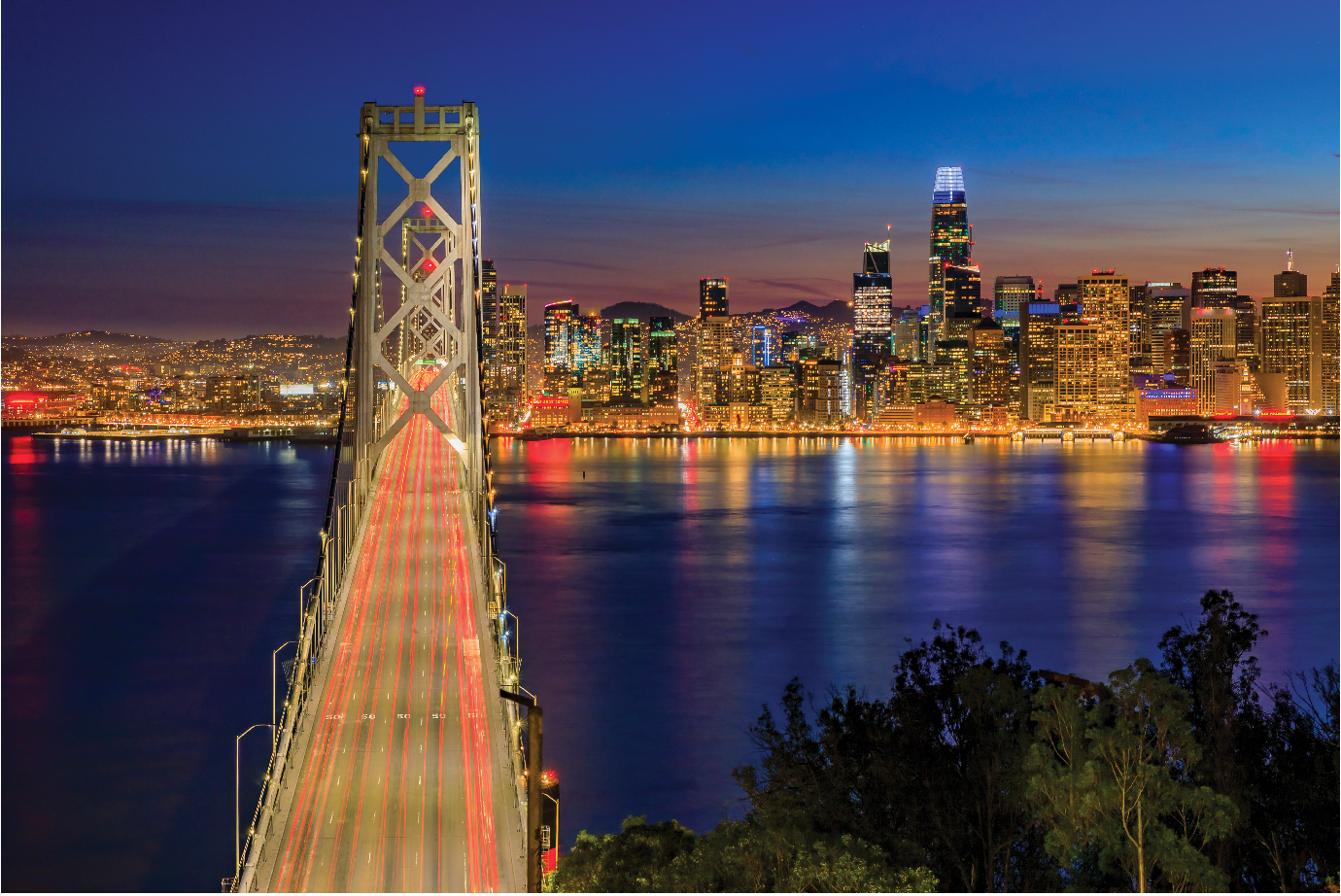 This course will examine the impacts of remote work on the San Francisco Bay Area and every metropolitan area of the nation. We will consider how national economic policies influence the Bay Area economy and why the Bay Area economy has grown faster than the U.S. economy. What does economics tell us about some of the challenges growth poses to Bay Area residents, like the growing traffic congestion in the Bay Area or the rising housing prices? Many of our local agencies face a pension crisis. We’ll consider whether our local governments are overpaying workers or mismanaging financial risk. And we'll also discuss the future challenges to our local government structures associated with remote work.